When my sister and I planned out our time in London we knew that we wanted to take at least one day trip out of the city. We looked at a lot of different options, but the one that ended up sticking was Oxford. I thought it would be cool to see the university, and my sister was thrilled at the idea of checking out anything CS Lewis related. 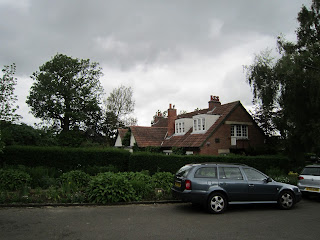 CS Lewis’ house in Oxford is still there today and it’s actually used as a place for university students to come and live in for a year or so at a time. I think there are maybe 4-6 students living there at any given time. If you email the foundation ahead of time you can come and tour the house. My sister managed to get that setup and we did a tour of his house with about 6-7 other people led by one of the students living there. 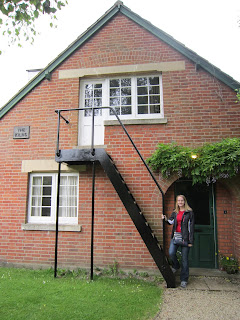 Now I have to admit that even though I like CS Lewis, I really did’t know that much about his life. My sister and this one guy who were on the tour were huge fans and were practically giddy with excitement throughout the entire thing, so that was amusing. If you’re a CS Lewis fan and ever end up anywhere near Oxford, I’d highly recommend going to see his house if you have the time. I greatly enjoyed it and the guy who did the tour was awesome. He had a lot of great info about the house and CS Lewis’ life and was just generally fun to talk with. 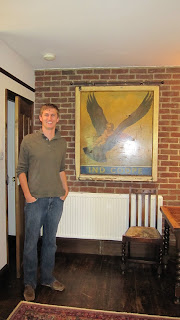 After touring the house my sister and I ended up going back to the center of town and wondered around aimlessly for awhile. We ended up grabbing lunch at what I would call a Chipotle equivalent. I’ve discovered that these exist in every place you go. While I was in Boston there was one, in Philly there was one, in Dublin there was one, in Oxford there was one. Sometimes they’re small chains and sometimes they’re a lone entity, but the restaurant concept is everywhere. It’s somewhat become a tradition of mine to try them in every city that I go to. So far nothing has lived up to my beloved Chipotle. 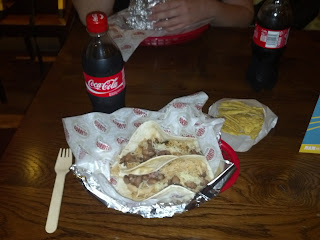 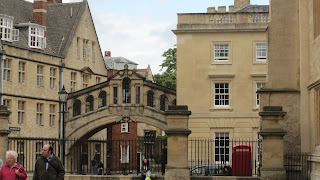 Oxford is a beautiful city, but having done zero research about what to see there left us a little bit underwhelmed after lunch. We ended up walking by a sign for a guided walking tour and jumped on that idea. I’m so incredibly glad that we did as it’s one of the most enjoyable things I did during my entire time in England. The next timeslot almost got cancelled because my sister and I were the only ones signed up, but at the last minute two other girls showed up. We got to do the entire tour with just four people and our tour guide. 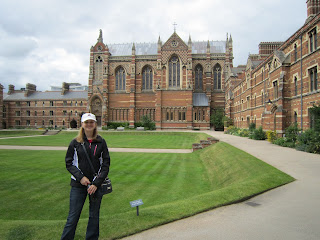 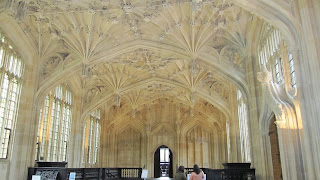 As soon as the guide learned that my sister and I were interested in CS Lewis he pointed out anything that he could in the city relating to Lewis, so that was pretty cool. What I really loved about the walking tour was that we’d pop into a doorway that I almost hadn’t noticed and then suddenly we’d be in a gorgeous courtyard of one of the colleges. And then we’d pop through another doorway and we’d be in a stunning chapel. If it weren’t for the guide I think we would have missed out on some of the real beauty of the university, not to mention I never knew how the colleges all worked to make up the entire University and it was cool to hear about that from someone with a lot of knowledge. 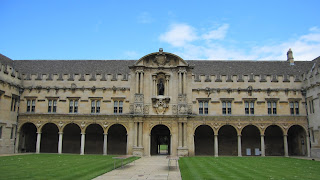 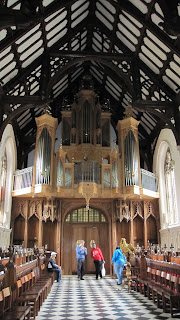 To end the day my sister and I stopped for a beer at The Eagle and Child. For anyone familiar with Lewis and Tolkien, you’ll know that this is the place where those two (and others) met to have drinks and discuss their writing. My sister was so excited about being there that she almost couldn’t drink her beer. 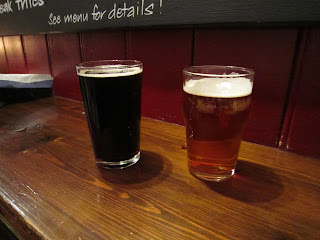 Oxford ended up being the only true trip outside of London that we managed to do, so it was my only real taste of English countryside. It was a nice contrast to the hustle and bustle of London and I’m greatly looking forward to seeing more of England’s beautiful countryside next time I can get over there.

Hi there! I'm Mandy and I'm glad you've stumbled across my slice of the web. You can learn more about me and why I started this blog on the Start Here page.